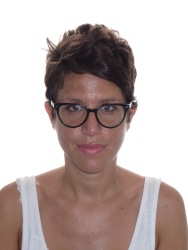 “Human since the beginning? Discourses and images around the embryo/foetus in recent debates on abortion in Spain”

In most European and Northern-American countries, abortion is allowed, within certain legal frames. Nevertheless, groups and individuals oppose the right to legal and free abortion with ideological and moral discourses, as well as a vast array of practices, which in some cases can extend to the political arena and influence the debate on abortion legislation. So far, in some of the countries with ostensibly liberal abortion laws, as Spain, such groups have seldom been the subject of ethnography-based research and feminist critique. This lack is detrimental to our understanding of the broader context for the analysis of reproduction and parenthood-related questions.

This paper proposes to fill this gap by illustrating the use of “science” in the anti-abortion rights moral discourse and practices, as it stems out of a two-years field research among anti-abortion rights militants in Barcelona, a crucial site of medical excellence for neonatal and foetal medicine, fertility treatments, and lowering fertility rates. Participant observation was conducted at street demonstrations and in pedagogical contexts, and complemented with two in-depth interviews.

The anti-abortion rights collective analysed articulates a pedagogical and ideological discourse based on the stark opposition between emic categories of “culture of life” and “culture of death”, using the scientific discourse as the ultimate evidence of a moral discourse. The manipulation of medical imagery is used to socially construct the unborn category seamlessly with the new-born one; such images, as well as the Doppler sound, are used to make the unborn present in the social arena, as a vulnerable subject of citizenship, entitled to care and protection. They are also used to present maternal instinct and mother-to-child bonding as self-evident parts of the gendered life experience. Finally, the paper will show how the unborn “small body” is presented by those collective as having a quasi-magic “huge power” on other bodies.

Giulia Colavolpe currently is a research assistant on the ERC research project “BAR2LEGAB”, investigating the impact of women of barriers to access to legal abortion in Europe. She is affiliated to the University of Barcelona (Department of Anthroplogy) and is undertaking a mixed-methods research on in-country abortion travels in Spain. She holds a Master’s degree in Social Anthropology from École des Hautes Études en Sciences Sociales (Paris). She is currently enrolled in a doctoral program in the same institution. The objective of her doctoral research is to understand how the use of medical technologies for pregnancy monitoring (especially ultrasound scan) contributes to the social construction of the pregnant and the foetal body in a context of demographic and economic crisis (the city of Barcelona). Feminist literature on reproduction, kinship studies, and critical medical anthropology are the main references for this research, conducted with a multi-site ethnographic methodology. Her main areas of interest are: medical technology, reproductive rights and health, genetics and prenatal diagnosis, kinship and family life, fieldwork ethics and practices, and qualitative methods.