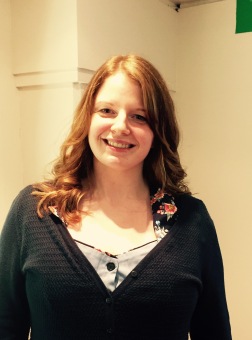 Traditional surrogacy in New Zealand: an act of necessity and resistance

Surrogacy is becoming a more popular assisted reproductive option for those who, for a variety of reasons, cannot gestate a pregnancy. This practice opens up ethical and legal debates around reproductive freedom and the right to become parents. In line with Strathern (2005), I argue that although on the surface Assisted Reproductive Technologies (ARTs) advance peoples’ reproductive choices, it does not necessarily do so for every citizen.  The only legal form of surrogacy in New Zealand is altruistic and this may take two forms, gestational surrogacy (where the surrogate has no genetic link to the baby she carries) or traditional surrogacy (where the surrogate donates her own ova as well as gestating the baby).  The first of these, gestational surrogacy, is heavily regulated through a number of state-run processes and strict medical and ethical criteria must be met. This means that only certain types of people have access to gestational surrogacy, resulting in only certain types of people being encouraged to reproduce. Traditional surrogacy, however, is less regulated. It is practised outside of medical and ethical domains, and is the only option or last resort for those considered less desirable by the state.  However, it is often conceptualised by medical professionals as a ‘backdoor’, unsavoury activity. In this paper, I use stories from eighteen months of anthropological fieldwork in New Zealand to explore how this so-called ‘backdoor’ activity is not only a necessary avenue to help New Zealanders fulfil their dream of becoming parents, but also a site of resistance and rebellion against the medicalisation of birth and interference of the state, especially amongst surrogates themselves.

Hannah Gibson is a PhD Candidate in Cultural Anthropology at Victoria University of Wellington. Originally from Scotland, Hannah has lived for a long time in New Zealand. For her PhD she is researching surrogacy in a New Zealand context, exploring the ways that intended parents and surrogates rebel against or conform to strict reproductive regulations through their everyday reproductive practices. This sits within a wider discourse about the various ways that people make families, either through medical intervention or a deliberate, oftentimes necessary step away from assisted reproductive technology. Hannah’s previous research was with equine assisted psychotherapy, which introduced her to multispecies ethnography alongside medical anthropology. As well as doing her PhD, she edits a series for Somatosphere, and is active in the disability community to raise awareness around diversity and equality. For the autumn term 2017, Hannah is a visiting scholar at Cambridge University with Reprosoc.