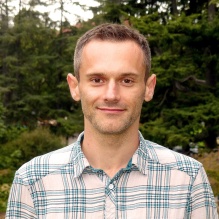 Reproductive identities in the global US bio-economy: gay fathers, surrogates, and collaborative reproduction

When in the early 1990s Kath Weston (1991) first documented creative family configurations formed in San Francisco’s queer community, she could not have anticipated the surging popularity in the early 21st century of two-parent ‘nuclear’ families formed by gay fathers seeking their own biological children through surrogacy (Golombok 2015). Similarly, when in 1994 Helena Ragone first showed how for North-American surrogates she interviewed, carrying others’ children was both an affective and economic activity, the technology of IVF surrogacy was only being introduced and the reproductive travel from Europe and Asia to the US was only starting. In my talk, I briefly discuss three aspects of my research on surrogacy within the currently globalized US bio-economy: (1) reproductive identities of its participants, (2) cultural narratives they mobilize, and (3) class and race structures it operates within. First, I introduce my findings on reproductive subjectivities and experiences of American surrogates, as well as American and European gay fathers, including Spanish reproductive travelers to the US. Just like the development of IVF has unfolded in the interplay with reproductive identities of its users (Franklin 2013), the development of IVF surrogacy technology in the context of the legal importance of the genetic kinship has offered a new remedy to gay men’s fears of the marginalization of their families (Goodfellow 2015). Second, I also discuss how the surrogacy community and industry in the US frame surrogacy as both an affective and an economic process, and both a gift and a commodity (Mauss 1950, Strathern 1992), in the context where affective economies have become part of monetized bioeconomies (Thompson 2011), yet reproductive work may still be obscured by the narratives of altruism (Jacobson 2016; Marre, San Roman & Guerra 2017). Finally, I show how the meanings of family that surrogates and intended parents partake of, as well as their positions on the shared spectrum of mostly white middle class, function in a delicate balance with the processes of stratified reproduction (Colleen 1995) by which US and transnational surrogacy is underpinned.

Marcin Smietana is a postdoctoral research associate at the Reproductive Sociology Research Group, University of Cambridge (UK), where he is currently writing up his research on gay men’s reproductive pathways, gestational surrogacy, and relationships between reproductive identities and global markets in reproductive technologies. As a holder of the Marie Curie Fellowship of the European Union, based at the University of California Berkeley between 2014 and 2016, he spent a year and a half on fieldwork in American surrogacy communities, clinics and agencies. In his research with surrogates, egg donors, professionals and intended gay fathers, he explored the narratives framing surrogacy and queer kinship in the US, including reproductive travel from Europe. Since 2011 Marcin has also been a member and collaborator of the AFIN research group at the Autonomous University of Barcelona, where his work included research on Spanish gay fathers through transnational surrogacy, as well as the ongoing collaboration within the research project ‘Retos’ on reproductive decision making and origin stories in reproductive technologies and adoption. Marcin’s PhD in sociology from the University of Barcelona (2012) was based on his study of social and educational inclusion of Spanish gay father families created through adoption and surrogacy. He received his MA degrees in sociology and journalism from the Jagiellonian University in his native Cracow (Poland), where he developed his first research project on the social reception of a pioneer social publicity campaign that gave visibility to gay and lesbian relationships. For more information and a list of publications please see: http://www.reprosoc.sociology.cam.ac.uk/directory/MarcinSmietana