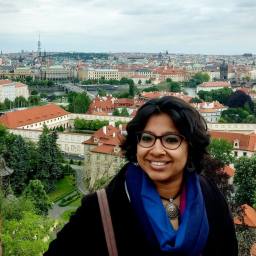 The developments in science and medical technology have assured that the rapid medicalization of human fertility reckons with an illusion of omnipotence within the domain of reproductive healthcare. This omnipotence is however, shattered and difficult to reconcile with when it is confronted by its own failure in assuring ‘reproductive success’ and ‘making parents’. In the pursuit of the ‘elusive embryo’, many actors such as the ‘patients’ and medical practitioners are involved in the enactment of the reproductive technologies and are responsible for the consequent success or failure. The failure of these varied technologies includes not only a lost attempt(s) at pregnancy, but also financial, emotional, psychological, and confidence loss.

Over the last three decades, there has been an unprecedented proliferation of assisted reproductive technology (ART) clinics in India where these technologies are seen as offering hope to those women and men who have been unable to experience ‘reproductive success’. It is within such medical spaces where not only do these technologies get enacted but also the (intended) conception, (unintended) failure, subsequent loss and grief is enacted. The experiences of ‘childless’ individuals are not formed in a vacuum and the interactions with the medical personnel have a significant impact on such experiences.

Through a broad exploration of the understanding and management of ‘reproductive loss’ as an outcome of the ‘failure’ of the reproductive technologies, the paper focuses on identifying the role enacted by medical practitioners. The assumption is that their role in managing these losses has the potential to reduce the trauma and the potential psychological sequelae, as they are responsible not merely for providing reproductive healthcare and administering the technology, but, they are also involved in defining what constitutes experiences of such losses. This paper is based on seven months of fieldwork in Kolkata, India across three infertility clinics, more than fifty interviews and observing multiple ART related medical procedures.

Pallabi Roy is currently pursuing her PhD as a German Academic Exchange Service (Deutscher Akademischer Austauschdienst, DAAD) research scholar at the Department of Social And Cultural Anthropology, University of Tuebingen, Germany. Her doctoral project is on involuntary childlessness, reproductive loss and grief in Kolkata (West Bengal, India). Pallabi has completed her B.A in Journalism (2009) from University of Delhi, M.A in Sociology (2011) from University of Delhi and her M.Phil in Sociology (2014) from Jawaharlal Nehru University. During her M.Phil programme, she was awarded the Junior Research Fellowship by the University Grants Commission of India. Her MPhil thesis was titled “Through Menopause”: A Sociological Study of the Midlives of Women. She has been a member of the working group on Advances in Research on Globally Accessible Medicine (AROGYAM) since 2015.