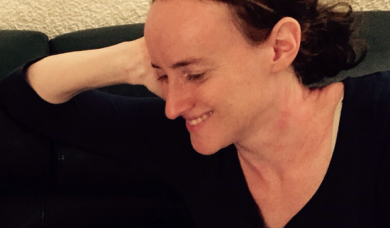 Orthodox Judaism and the Formation of Same-Sex Parenthood in Israel

This paper addresses the struggles of religious lesbians and gay men in Israel to achieve recognition for their reproductive desires within the Jewish Orthodox sector. Israel’s national laws and regulations permit a wide range of reproductive technologies. Lesbian women have unrestricted access to state subsidized sperm donation, artificial insemination, in vitro fertilization, and egg donation. Gay men are excluded from surrogacy in Israel, but the state does not hinder them to pursue parenthood through surrogacy arrangements abroad. Furthermore, civil courts and public authorities have increasingly come to recognize the legal standing of both parents towards their children.

Reproductive technologies are also popular in the Orthodox sector. But while rabbis have found many ways to kosher these technologies and at times even promote them in their communities, they do not openly support same-sex parenthood and often fiercely reject it. Despite rabbinic opposition, Orthodox lesbians and gay men increasingly enter same-sex relationships and turn to sperm donation and surrogacy arrangements to establish Jewish homes of their own. They celebrate the holidays with family and friends, participate in the prayer services of their synagogues, and intend to send their children to religious schools. This insistence that their families have a place in the Orthodox world unleashes every now and then public controversies and angry outcries. At the same time, however, there are more and more people, rabbis and lay persons, relatives and friends, who silently open their doors to same-sex couples and their children. Based on ongoing ethnographic research, I will discuss these (trans)formations while highlighting the importance of tacit consent and little gestures of support to keep this process in motion.

Sibylle Lustenberger is a Post-doc at the Department of Anthropology at the University of Haifa, where she works on her research project on the formation of same-sex parenthood among religious lesbians and gay men. She obtained her PhD in 2016 at the University of Berne, Switzerland. Her dissertation “Kinship, Reproduction, and Homosexuality. An Anthropological Perspective on Jewish Israeli Society,” examines how current definitions of Israel as a Jewish and democratic state shape the possibilities of same-sex couples to form families of their own, and how same-sex parenthood, in turn, both challenges and reproduces these definitions. Her work combines anthropology of kinship, political and legal anthropology, and the anthropology of religion.