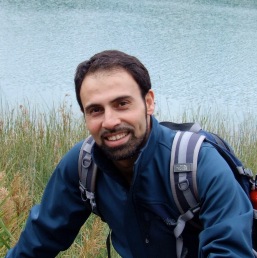 Recent debates on egg donation have highlighted a common trend towards commodification of body tissues and reproductive work across the globe. Whether organised around egg-sharing scheme, generous compensations schemes or through market based transactions, egg procurement seems to stand at the heart of a growing business within the IVF industry. For instance, a significant portion of all the IVF cycles performed in Spain, around 30-40 per cent, is now based on egg donation. The increasing postponement of maternity, the growing amount of women freezing their own eggs to delay pregnancy, the mounting flow of IVF tourists into the Mediterranean coast of Spain, the liberal and permissive legal framework and the availability of first-rate assisted reproduction technologies and expertise make Spain a unique place to study egg donation practices. Recent interviews with professionals involved in the management and delivery of egg donation cycles in various IVF clinics in Spain reveal that a generous economic compensation is key to the development and sustainment of this medical practice.

While a number of other factors need to be factored into the equation, such as the existence of reliable expertise and technologies, a shared sense of trust towards the medical profession and a country-wise positive attitude towards organ and tissue donation, the generosity of the compensation acts as a necessary catalyzer, which essentially facilitate the donors are abundantly available. As a typical case of lost in translation, the amount of compensation is often considered low to northern European observers. Yet, it represents a relevant option in the survival strategies of the specific social group targeted by clinics in search for donors, that is women between 18 and 30 years. The absence of altruistic donors in public hospitals, where no compensation is available, and the change in the socioeconomic profile of the donors during the years of the crisis reinforces the conclusion that, in the Spanish reproductive bioeconomy, the compensation scheme, while not necessarily the only factor, remains the key element in a quasimarket, which enrolls the reproductive work of women in needs under the flag of a gift economy but deliver its products and services through a neoliberal commercial strategy targeting upper class, wealthy women.

Vincenzo Pavone is a Doctor in Social and Political Science from the European University Institute (EUI) with a thesis on the impact of scientific humanism on the creation, developments and programmes of UNESCO. First lecturer in Politics and International Relations at the Mediterranean Centre for Arts and Sciences (MCAS), Siracusa (Italy), Vincenzo joined the Institute of Public Policies of the CSIC as a post-doctoral researcher in 2006. At the IPP he has developed a research line in critical science and technology studies, with a special focus on the social and political implications of emerging technologies, such as surveillance-oriented security technologies, transgenics and cisgenics, as well as assisted reproductive technologies. Always working on the complex relationship between science, technology and politics, with a special focus on neoliberalism, Vincenzo has recently opened a new research line on the global bioeconomy.In these past ten years at the IPP he has been principal investigator of two national projects on assisted reproductive technologies and regenerative medicine (BBE-GEN 1997-2010 and BIOARREME 2012-2015), two EU funded projects on public and civil society engagement in science, PSx2 (FP6, 2007-2008) on transgenics and SURPRISE (FP7, 2012-2015) on surveillance-oriented security technologies, a COST Action (IS1001, 2011-2014) on bio-objects.He is currently member of the “Science and Democracy Network” coordinated by the University of Harvard, of the EASST (the European Association for the study of Science and Technology) and founder, and active member, of the Spanish STS network (Red EsCTS). In the past few years, Vincenzo Pavone has been visiting various international universities, such the UC Berkeley, York University, King’s College London, the Universidad de Chile and the Universidad Nacional de Quilmes in Argentina.